One of the questions I get asked a lot is if there's pieces of me within my stories. I think as a writer, it's hard not to do it, but make no mistake . . . each character has his or her own journey to take. They may share similar quirks or characteristics, but it's them, not me, in the book.

That's the beauty of fiction. It's a make believe world, even with realistic themes, where the hero or heroine is able to experience situations, find love, make mistakes, face challenges, and conquer the world. Because there's so many different possibilities in real life, the same is true within each story.

What you do or choose in your world, may not be the same in theirs.

As a reader, I've always felt it's not my place to push my expectations, judgments, and beliefs on the character, and I've taken that same stance as an author. I've made it a priority to remain sensitive to their voices so I stay true to their stories. It's their process, their journey, their outcome to reach. It doesn't matter if it drives me nuts or whether I would've handled it differently.There's a reason why each hero and heroine makes the choices they do -- real or not--they've had different lives.

One of the challenges as a reader is the ability to leave behind our own prejudices/experiences/beliefs and simply become a part of someone else's. It's interesting to see whether you'd do the same in their shoes. Maybe you'd do something different. But who's right? Who's wrong?

The question is: does there have to be one?

Characters may be an author's imagination put on paper, but they can represent the very best and the very worst of what it is to be human. Even when they're supernatural, each nature is diverse and beautiful. Don't get so caught up in trying to put characters into boxes, that you miss the beauty of the story. While there are books out there that don't resonate with every reader, and you need to stay true to you, let each character do the same. . . be them.

Let them tell you their story.

I promise you, it'll be worth it.

4 comments:
Email ThisBlogThis!Share to TwitterShare to FacebookShare to Pinterest 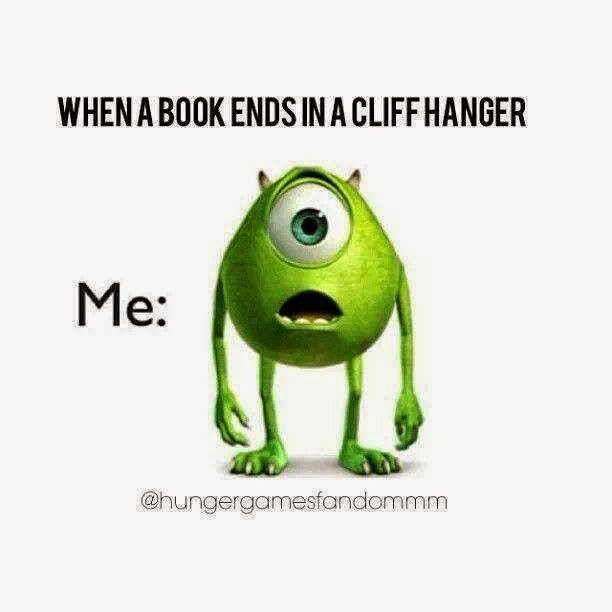 I've been meaning to write this post for a while now but always seem to get distracted … oh, look …  SQUIRREL! While some readers love a good cliffhanger, there's also a bunch who say it drives them bonkers. Whether it's because they don't like being left hanging, they're upset that it's a marketing ploy, or they're wanting a better resolution to the story, there's definitely a love/hate thing going on in the book world when it comes to it.

So knowing that, why the heck do I write them?

Good question. Did you know that I have my very own love/hate relationship with cliffhangers? I'm the reader who HATES being left there with my heart pounding and a bazillion thoughts racing through my mind: What just happened? Is there pages missing? How can the author be so cruel? There have been times I've wanted to hunt the author down and shake them, beg them to alleviate my agony of not knowing, but isn't that a sign of something GOOD?

When you're dying to know what happens next … when you are all tied up in knots and wonderful emotions, it means you've been captured. You've been sucked into a world that's entertained you and taken you on a journey. That's the whole point of reading, right? At least, that's why I do it. So as much as I HATE that damn cliffhanger, I secretly ADORE it.

Flip the coin over now and let me change hats. I'm no longer the reader but an author. I'm not going to lie. When I finish each Mystic Wolves story, this is my reaction … 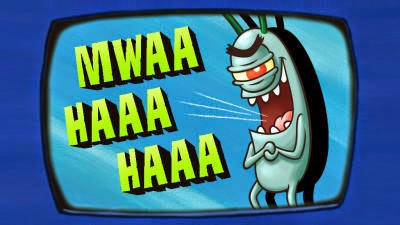 I'm counting on you screaming. I want you cussing me out. I want you desperate to find out what's happening with Darcy, Mason, Devlin, and Daniel. It means I've done my job. It means that I've told the kind of story that captivated you. Do I get some kind of satisfaction from it? Hmmm, maybe a little.  Okay, A LOT. As much as I love and hate cliffhangers, they do serve a purpose. Believe me, even though I know what's going to happen throughout the Mystic Wolves series, some things are still hidden from me. Sometimes I won't know an aspect until I type it.

So while some may hate the series and vow never to read another book again, I want to thank those who are brave enough to carry on with me, to those who have fallen in love with the characters as much as I have. The series was set up to be a continuation--meaning as one book ends, the very next line in the following book carries on from where it left off. I can't promise that each ending will get easier to bear, but I can say it's worth the ride. I have so many amazing things in store for you all.

The Mystic Wolves has a projected 12-13 books planned, with a spin-off series also in the works. What began as a three book series has evolved into something beautiful, amazing, and beyond my hopes and dreams. That's because of you, the reader. Thank you so much for all your support … it means the world to me!

Okay, enough chatting, let me get back to plotting my next cliff hanger … it's a DOOZY!